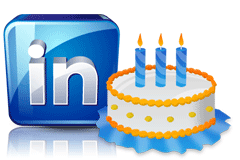 While LinkedIn is much smaller than Facebook and other social media sites (Facebook has 400+ million users, LinkedIn has 65+ million users), it has cornered the professional social network market.

If you don’t have a LinkedIn account – you should sign up for one today, then you can add DIF Design as a connection.