Every web design, pr and advertising agency today will tell you that you must have the Facebook, LinkedIn and Twitter (now also Google Buzz) accounts to expand your brand online.

Long story short, this is what I stumbled on (no pun intended=):

The University of Maryland’s Smith School of Business looked at the relationship between social media and small businesses and found that the technology adoption rates in the U.S. have doubled in the past year from 12% to 24%.

The data comes straight from the university’s third installment to its Small Business Success Index report and is based on a December 2009 telephone survey of 500 small business owners. Adoption rate calculations are compared against a baseline report conducted in December 2008.

The study concludes that one nearly one in five small business owners are integrating social media into their business processes — Facebook and LinkedIn were the most popular sites. In fact, 45% of surveyed respondents even believe their social media initiatives will pay off financially in 12 months or less.

As the graphic below details, the small business owners who are using social media are primarily engaging in social media through company pages (75%) and status updates (69%) on Facebook or LinkedIn. What’s especially intriguing is that a much smaller percentage of respondents — just 16% — are using Twitter as a customer service channel.

Another interesting notion is that small business owners now believe social media can help them on the lead generation front, and that is the primary motivating factor for engaging in these new customer service channels. So while half of surveyed respondents found the time it takes to use social media sites more daunting than expected, 61% are still putting in the hours and making active efforts to identify new customers.

Clearly social media has become a valuable tool for small businesses, but we’re especially curious to see how Twitter adoption rates fluctuate over the time. While we expect more small businesses to use Twitter as a customer service channel in the year ahead, as it stands, Facebook and LinkedIn have become the predominant platforms for small business owners. 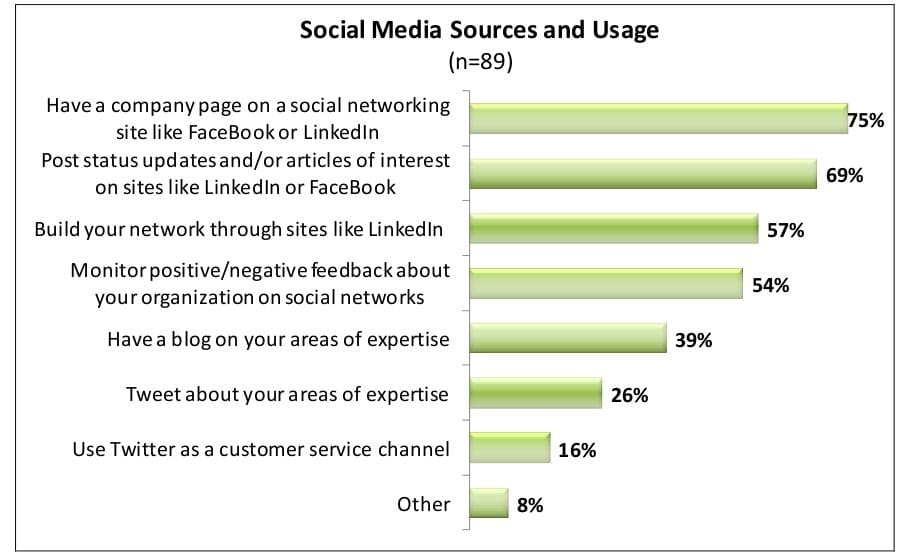