In case you haven’t caught on to the craze that is Pinterest, now is the time! For those like me, who have become pinning addicts, have you seen the new app updates? Pinterest released the updated app last week, and the design features are nearly identical to it’s web counter part. Pinterest is also now accessible via iPad and Droid, having upgraded to version 1.0.2 for Droid and 2.0.1 for iPad .

Some of the new features allow you to see the pins in a whole new format, with a two column display, instead of just one before the update. The graphic features now include rounded corner effects and a footer showing who has pinned, along with a profile display that is nearly 100% identical to how it is viewed on the site. Pinning capabilities have also become much faster, and users have experienced far less crashes on the app, so the have certainly worked out the bugs. An amazing upgrade, to say the least.  So let’s get pinning! 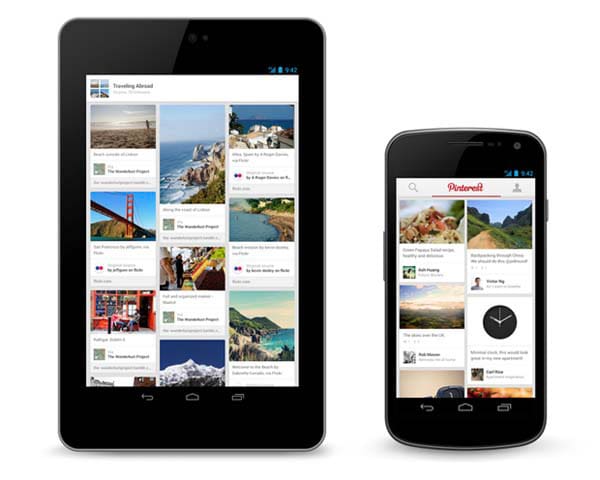